Formed in London in 1990 by Matt Black and Jonathan More, the duo known as Coldcut, Ninja Tune has established itself as one of the world’s leading independent record labels, etching its story into the pages of ground-breaking British music. Now a bonafide global music institution, synonymous with diverse, uncompromising releases and equally visionary artists—from breaking to GRAMMY-winning acts—committed to pushing the boundaries of music.

The label has recently celebrated a number of significant events including a notable GRAMMY nomination for Jayda G, two Top-5 UK charting albums from Bicep (#2)—who were also nominated for two BRIT awards—and Black Country, New Road (#4), with both also breaking into multiple Billboard charts in the US, and the relaunch of our Big Dada imprint as a label run by Ninja Tune’s Black, POC & Minority Ethnic staff for Black, POC & Minority Ethnic artists. Beyond this—via our longstanding partnership with Brainfeeder to release, promote and distribute their incredible and ever-expanding catalogue worldwide—we also celebrated Thundercat’s momentous GRAMMY win, taking home Best Progressive R&B Album for “It Is What It Is”, as well as the news that Hiatus Kaiyote have signed to Brainfeeder to release their new album ‘Mood Valiant’.

Still 100% independent, the label has consistently defied expectations for both critical and commercial acclaim—manifesting itself with recognition as ‘Independent Label of the Year’ at the 2018 Association of Independent Music (AIM) awards, ‘Label of the Year’ at the 2016 edition of Gilles Peterson’s Worldwide Awards and most recently a nomination for ‘Label of the Year’ at the 2021 Libera awards. Chart positions include nearly 20 Top-40 records in the official UK Albums Chart including a #5 spot for Bonobo’s GRAMMY nominated “Migration”, with ODESZA’s “A Moment Apart” (also GRAMMY nominated) reaching a #3 spot in the US Billboard Charts. Other impressive results include Mercury Prize wins for Young Fathers album “Dead” (2014) and Speech Debelle’s “Speech Therapy” (2009).

Having risen to prominence with the release of their 1987 remix of Eric B and Rakim’s, ‘Paid In Full’—bringing their underground sound to the mainstream—Coldcut founded Ninja Tune in 1990 as an independent outlet for their own productions and like-minded left-field artists. The label's early releases were all produced by Coldcut, and primarily consisted of instrumental sample-based cuts, spawning a number of celebrated albums including the first five volumes of DJ Food's “Jazz Brakes”. The critical acclaim that followed saw the duo become noted pioneers of the instrumental hip hop scene that coalesced the following years. Launched around the same time, the seminal Ninja Tune club night Stealth—named Club of the Year by NME in 1996—ran regular events with guests that included Squarepusher, James Lavelle and many artists from the label roster.

Ninja Tune have also established or worked with a number of additional groundbreaking labels over the years, including Big Dada. The label was originally founded in 1997 as one of the UK’s prominent early hip-hop labels, and helped launch the careers of homegrown legends Roots Manuva, Kae Tempest and Young Fathers, as well as thrusting US behemoths such as Diplo and Run The Jewels into the wider global consciousness. In 2021 Big Dada relaunched as a label run by Black, POC & Minority Ethnic Ninja Tune staff members for Black, POC & Minority Ethnic artists, championing new artists across the musical spectrum whilst continuing to tip its hat to the foundations that built its legacy.

Alongside this, Ninja Tune’s Counter Records imprint has masterminded commercial success with artists such as  ODESZA, The Heavy, San Holo, Kasbo, Maribou State and more. Seriously shaping the sound of emerging music scenes the world over, impressive Counter Records milestones include breaking 1 million sales of The Heavy’s celebrated single ‘How You Like Me Now’ and 500,000 sales of ‘Say My Name’ by ODESZA.

By nature, the label is continually looking for new and innovative ways to develop our artists vision, having grown from the brainchild of the two-man Coldcut team to a living, breathing organisation boasting 70+ employees based across the world including our North American headquarters in LA. It has encouraged interactive technology, embraced the audio-visual world, created its own publishing company, Just Isn’t Music, and made innovative use of software with the creation of Ninja Jamm and the Zen Delay—the first-ever hardware effects unit produced in collaboration with an electronic music label.

Ninja Tune also devotes time and resources to working on non-profit initiatives to support the community around them and also to develop a dialogue with their audiences on relevant social issues. From Coldcut’s early partnerships with Greenpeace and others to our involvement with the Independent Music Cup, XLP/Arts Emergency, MIND, Help Refugees, and ongoing donations to organisations like Fair Fight and Extinction Rebellion this has been in Ninja’s DNA since inception. The label recently announced that they are committed to becoming carbon neutral by the end of 2021 and carbon negative beyond that.

Amongst hundreds of other press awards across the label for its artists. 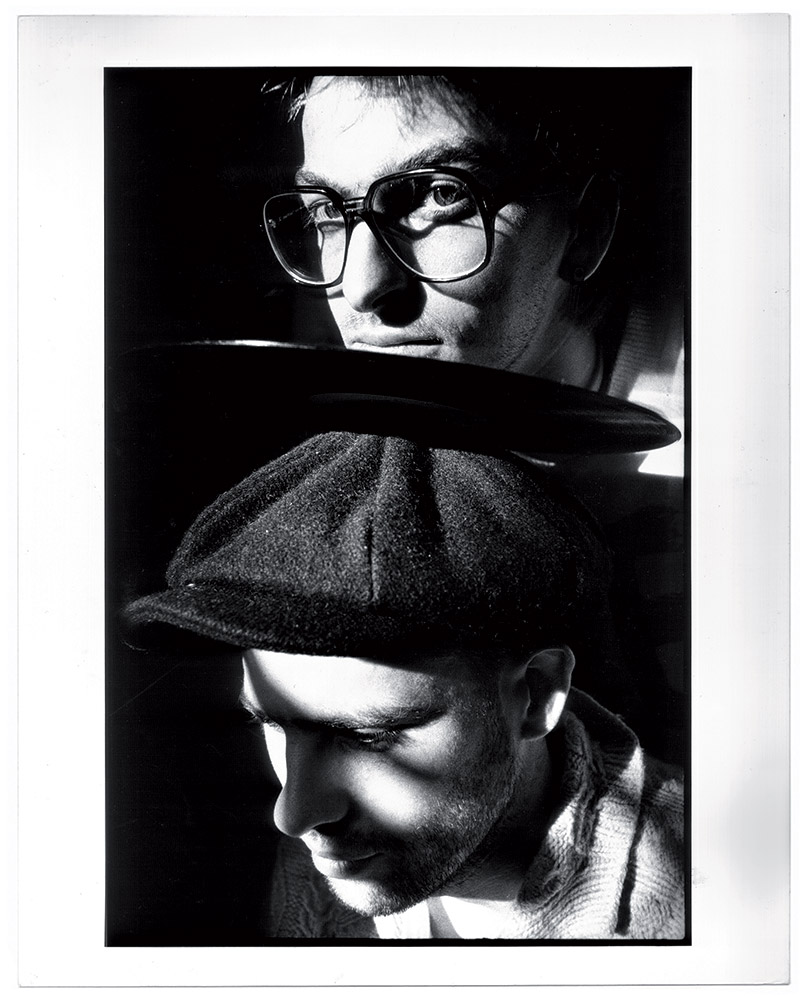 This could be the worst homelessness crisis in the last 50 years and we can do something about it!

Centrepoint provides housing, health support and life skills for young people (16-25years old) all over the UK in order to give them a future. An amazing 88% of these young people that Centrepoint work with , move into their own homes, reconnect with their families, get their first jobs or go to university

So click that button, make that donation and Ninja Tune will match all donations and pass the money on to Centrepoint. Random acts of kindness can make a difference!